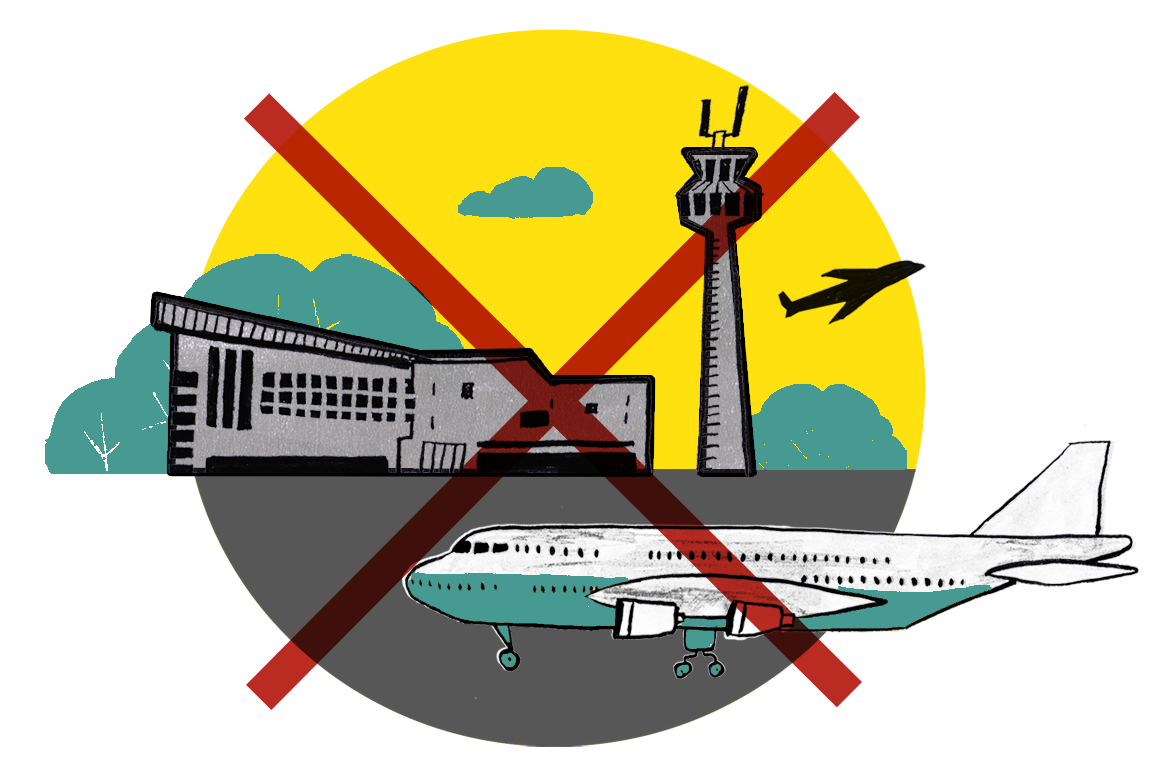 On July 3rd, Stay Grounded and its member Climate Action Network France (Réseau Action Climat), together with 15 other organisations, sent a letter to the French Minister of Ecological and Solidarity Transition demanding the government to limit domestic air connections in France and in Europe. As part of the French bailout, the goal was set to limit internal air connections for journeys achievable in less than 2h30 by train. The following civil society letter explains why this is not ambitious enough. Find the original letter in French here.

Madame Minister,
On Monday June 22, Mr. Jean-Baptiste Djebbari, Secretary of State in charge of transport within the Ministry of the ecological and solidarity transition, announced his intention, by the means of a decree, to limit internal air connections for journeys achievable in less than 2h30 by train. This announcement follows the reduction targets for domestic flights operated by Air France presented as part of the financial support plan granted by the State to the company on April 24.

France has the historic opportunity to position itself as the first European member state to take ambitious measures to close domestic air connections for environmental reasons. All European member states are confronted with the question of how to shift short-haul flights to rail. The measures which France plans to take today will have repercussions on other countries in Europe.

However, we wish to alert you to the weaknesses of the current measure envisaged by France, with regard to the objectives pursued.

First of all, restricting the limitation of internal flights only to Orly airport considerably limits the scope of the proposed measure and its climatic benefit. Indeed, the closure of other flights departing from Roissy airport or inter-regional connections would not be possible, while many of them can be achieved by train in satisfactory time. In addition, the exclusion of flights with passengers in transit threatens the integrity of the measure, while other solutions such as strengthening the rail offer and train/plane services could be a priority of the French and other Member states recovery plans.

In addition, limiting the scope of line closures to only rail journeys of less than 2.5 hours appears to be an unambitious interpretation of the «satisfactory» nature of rail service. It would thus limit to 3 the number of internal air connections that would be suspended when more than 14 internal connections are achievable in less than 3.5 hours, and 39 in less than 5 hours within the French metropolitan territory. The 3 domestic lines that emit the most CO2 in France would not be affected by this closure according to the 2.5 hour criterion, while 2 of them can be completed in less than 5hours by train and the last in less than 6 hours. Many connections between European cities are also reachable by train in less than 5 hours, such as Paris/Frankfurt or Paris/Cologne.

The growth of traffic and CO2 emissions from air traffic in France, Europe, and worldwide is undoubtedly a serious environmental matter. Air sector emissions increased by 71% between 1990 and 2018 in France. Furthermore, at the European level, they are likely to triple by 2050 without major political action.

As you know, the French Citizen Climate Convention has voted for measures to reduce the climate impact of the sector and in particular for the closure of internal air connections achievable by train in less than 4 hours. Beyond the issue of aircraft / train modal shift, the Citizens’ Convention also asked for the abandonment of airport extensions, which we support.

Madame Minister, we call on you to act in favour of a real policy of modal transfer from plane to train in France and in Europe. This is one of the measures necessary, even if not sufficient, to put the aviation sector back on track for achieving our climate objectives.