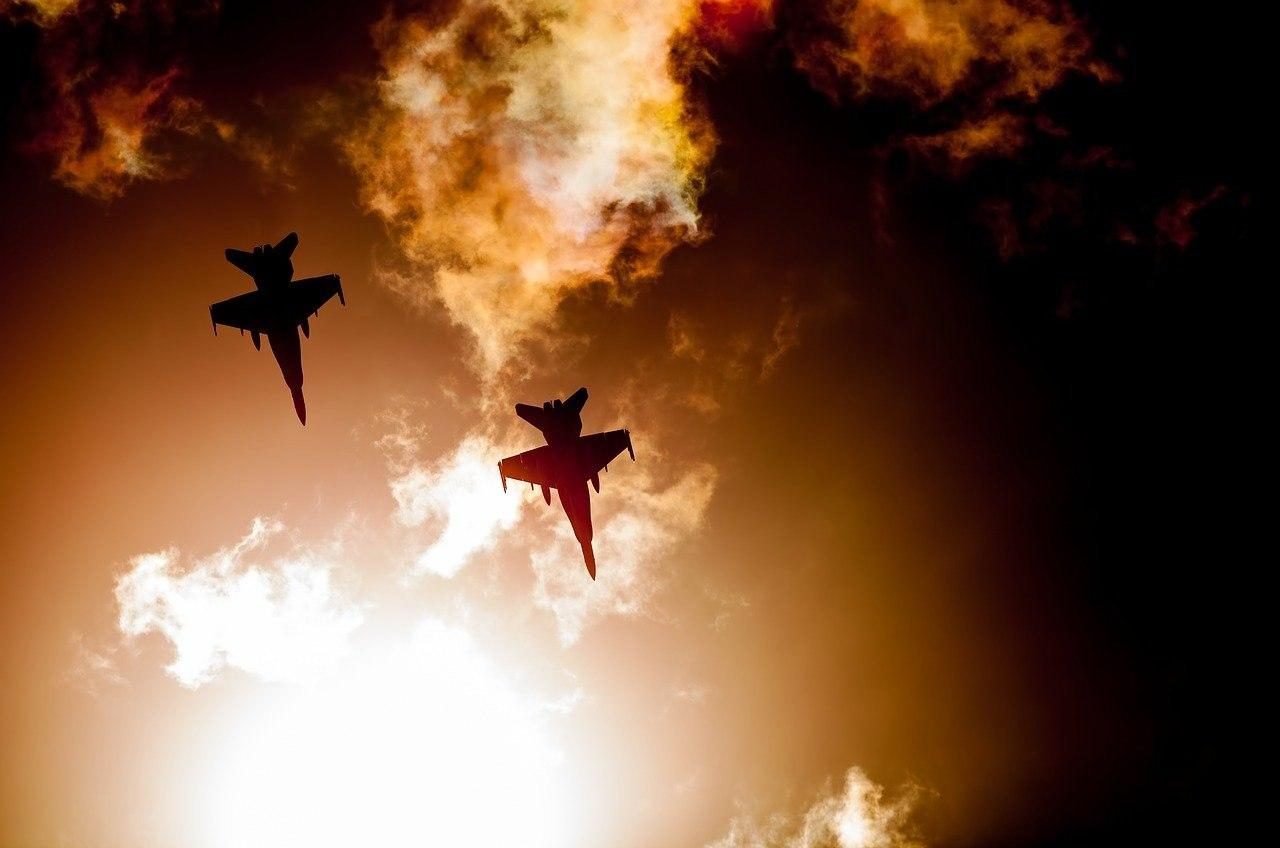 Military emissions have evaded critical United Nations Framework Convention for Climate Change (UNFCCC) review for decades and continue to be exempted from international climate obligations in practice. The carbon footprint of the Pentagon from fuel usage alone is higher than that of 140 countries. The impact of military aviation goes much beyond its climate impact – with devastating effects of wars on people. Apart from that, it is a necessary step to achieve transparent reporting and independent verification the gaping loophole of emissions.

Reliable figures on the subject of military aviation emissions remain scarce and fragmented. This is partly due to the fact that military emissions continue to enjoy an exceptional status within the lenient framework of climate agreements. Indeed, the transparency of greenhouse gas (GHG) emissions reporting to the UNFCCC from national military sectors tends to be substandard. Omissions, inaccurate data and/or underreporting are commonplace. This opacity, in particular from the largest military powers, makes it difficult to fully discern the contribution of military aviation emissions to climate change.

The carbon footprint of the military and the industries that provide their equipment has successfully eluded serious UNFCCC scrutiny for decades and continues to be virtually excluded from international climate obligations in practice. During the 1997 Kyoto Protocol negotiations, intensive US government lobbying secured an exemption from any emissions-cutting obligation for its military-industrial complex by invoking national security concerns and the need to safeguard military operations. Even though the US never ratified the Kyoto Protocol, its ability to procure military exemptions left the door open for other military powers to follow suit.

This automatic exemption for the military was removed under the 2015 Paris Agreement. However, the treaty leaves it to the discretion of countries whether they include military emissions or not – with many signatories choosing to altogether refrain from or only partially disclosing this information. In other words, the UNFCCC makes it compulsory for countries to publish annual GHG emissions, but military reporting is voluntary and thereby often unaccounted for.

Aviation emissions are only addressed by climate policies to a limited extent. Mitigation plans under the Paris Agreement now (as previously under the Kyoto Protocol) focus on international bunkers from commercial aviation and CO2 alone. Consequently, military flight, private aviation and non-CO2 radiative forcing from all aviation are not explicitly tackled by the treaty. Although military aviation can be argued to fall under Nationally Determined Contributions (NDC), the reluctance shown by countries to report fuel use in these sectors means that military aviation emissions are effectively left out.

The Striking Case of the US

When discussing the impact of military activities on the climate crisis, it is hardly possible to circumvent the elephant in the room: the US military. Its sprawling and carbon-intensive scope of action is all but ubiquitous around the globe. In the course of two years (2015-2017), the US military was active in 76 countries, including seven that suffered air/drone strikes, 15 with ground troops, 44 military bases and 56 nations being the recipients of counter-terrorism training. If the Pentagon were a country, its fuel usage alone makes it a bigger polluter than 140 countries, ranking 47th largest emitter of GHG in the world. These staggering figures are endorsed by Brown University’s Cost of War project which states that the US Department of Defence is the single largest institutional producer of GHG emissions in the world.

The US military is not oblivious to its enormous carbon footprint. Measures have been taken to lower emissions by increasing the energy efficiency of its aircraft fleet, boosting the generation of electricity produced by clean energy sources as well as developing biofuels. Nevertheless, these endeavours can be widely regarded as cosmetic attempts to rebrand the US military as an ecologically friendly actor. If the overarching premise is to wage everywhere and forever wars in a more sustainable way, the Pentagon’s climate policy is not only contradictory but, dare we say it, intrinsically oxymoronic. Indeed, on top of expansive hydrocarbon consumption, the environmental impact of warfighting alone is seldom considered. According to an Oil Change International report, the Iraq war was responsible for 141 million metric tonnes of CO2 in its first four years. On an annual basis, this was more than the carbon emissions from 139 nations in this period.

Aviation dominates modern day warfare. As such, military aircraft epitomise the so-called “lock-in” effect, whereby highly energy inefficient weapons systems are used for extensive periods of time and have a long-lasting harmful impact on the environment. A good example is the Lockheed Martin F-35 Joint Strike Fighter, one of the most expensive weapons systems in history (the F-35 programme has an estimated cost of over US $1 trillion across its lifecycle). According to the Norwegian newspaper Dagsavisen, in terms of fuel consumption, the F-35 burns 5,600 litres per flight hour. Yet, the US plans to purchase 2,456 F-35s until 2044 at least, which will constitute the bulk of its airpower for several decades.

The Impact of Military Aviation on the Climate Crisis

Military aviation emits significant quantities of GHG emissions during production and operation. Owing to the scarcity of independent, public studies on military fuel consumption and GHG emissions emanating from military superpowers, available figures in the literature are usually painstakingly retrieved through access to records requests or gleaned from the few consumption reports made public. For instance, in 2017 the US air force purchased US $4.9 billion in fuel and emitted 13,202.4 Kt CO2e – by far surpassing all other branches of the US military (army, marines and navy). In January the same year, two B-2B bombers flying from the US to Libya emitted roughly 1,000 tCO2e in a single mission.

The impact on the climate crisis of military aviation, however, transcends its fuel consumption and GHG emissions. Indeed, military jet fuel (JP-8) is kerosine turbine fuel which features a number of pollutants particularly pernicious at the higher altitudes at which military aircraft fly – in comparison to commercial airlines – as they entail more atmospheric heating effects. Thus, not only is JP-8 the most carbon-intensive fuel, but it also releases short-lived emissions which contribute to radiative forcing such as contrails or cirrus clouds (H2O) and nitrous oxides (NOx). These pollutants are not comparable to long-lived GHG emissions; however, they do contribute to the climate emergency to a sizeable degree. Military aircraft also cause severe noise pollution due to their sonic booms and release other toxic substances such as benzene, which is cancerogenic; sulphur dioxide, soot and polycyclic aromatic hydrocarbons.

Embracing this more holistic approach of emissions deriving from the aviation sector, aviation represents 3.5% of anthropogenic climate warming. In turn, the role of military aviation is estimated to account for 8% to 15% of this total. The secrecy surrounding military activities ensures that the exact share of military aviation remains a question mark in total aviation emissions. With global military expenditure on the rise, if they continue to exist in this regulatory limbo, spared from consistent UNFCCC scrutiny, military emissions are bound to increase unabated and unchecked.

Democratic and effective decision-making in climate policies requires a clear picture from all sources of emissions. The military industry must be subjected to GHG emissions reductions standards. Transparent reporting and independent verification are needed to remedy this blind spot. To that end, Stay Grounded signed a petition urging COP26 Glasgow Climate Change Conference participants to finally end the exclusion of military pollution from climate agreements. Furthermore, Stay Grounded recommended the UNFCCC in 2018 through the Talanoa Dialogue to request the International Panel on Climate Change (IPCC) to seek data on military emissions and report back their findings.