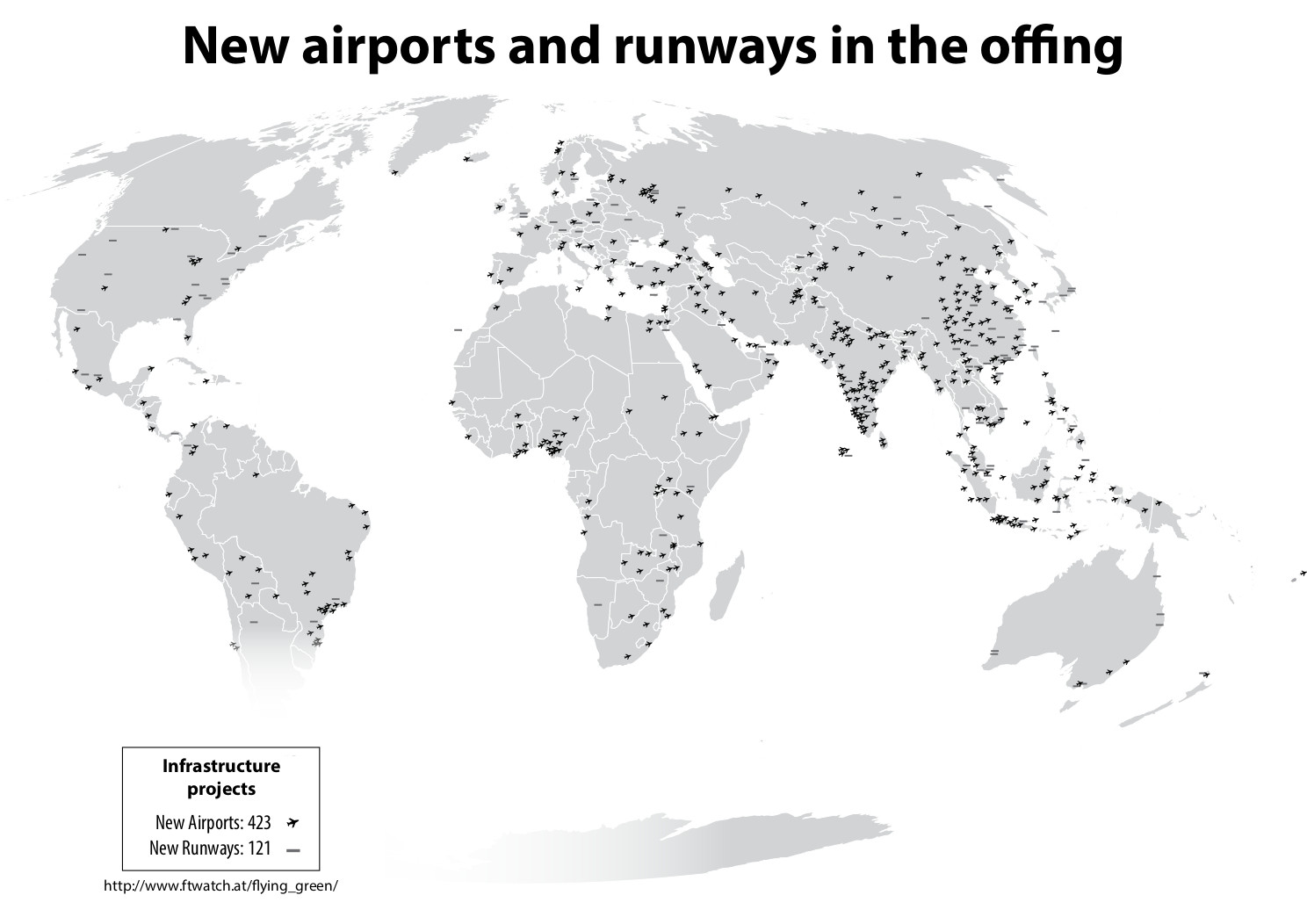 423 new airports are planned or under construction. 223 of these are in the Asian-Pacific region alone and 58 in Europe. Additional runways thought to number 121 worldwide (28 in Europe) are also planned or under construction. What this map does not show are a further 205 planned runway extensions, 262 new terminals and 175 terminal extensions – in total more than 1200 airport infrastructure projects, often leading to noise and health issues, loss of homes, biodiversity and fertile lands – and always fueling the climate crisis.
Those numbers are from 2017, collected by the Airport Construction Database CAPA – Centre for Aviation.